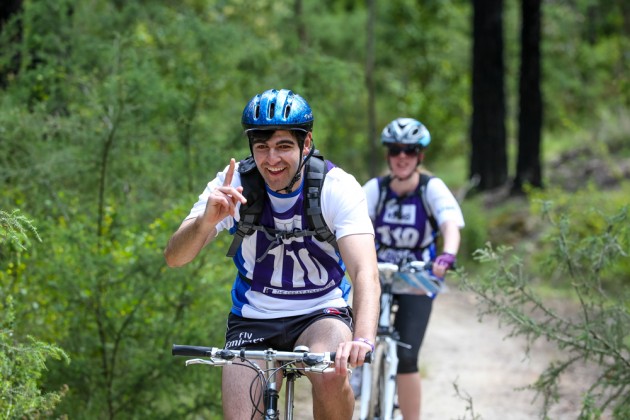 With the Great Adventure Challenge spreading its wings and going interstate, October was one busy month with the QLD and NSW events on consecutive weekends.

QLD kicked off the series in fine style at Noosa. Teams started with a Kayak leg at Lake McDonald before making their way back to Noosa Heads by foot, bike and kayak. High lights included kayaking along Noosa River, coasteering along the World famous Noosa beach to the Snorkelling leg before finishing at Noosa Woods.

Blue Sky Champions crossed the line first but when time bonuses for fundraising were taken into consideration Hanrick Curran were crowned the Great Adventure Challenge QLD champions for 2013. Special mention should also be made of Suncorp who raised over $18,000 for Starlight.

NSW proved more challenging with unseasonal hot and dry weather causing half the course to be burnt. A few long nights later, the course was redesigned and shortened to allow the event to proceed safely. The Central Coast event kicked off with coasteering along Birdie Beach before transitioning to a kayak leg on Lake Munmorah. A fast bike leg followed before transitioning back onto foot to a second coasteering leg to Norah Head Lighthouse and the final snorkelling leg.

A very close finish saw Natures Way cross the finish line less than a minute before Fast Exeters to retain their the Great Adventure Challenge NSW trophy. Special mention should also go to Stryker and Westpac who raise over $40,000 and $25,000 respectively for Starlight.

The series moves to Angelsea, on the Great Ocean Rd for the final leg of the series this Saturday. The series has already raised over $450K this year for the Starlight Children’s Foundation!